I lived in a dumpy apartment in a sketchy neighborhood after I graduated from college and moved to Quincy, Illinois. It was what I could afford on the starting salary of a news reporter. I didn’t know anyone when I moved to the town … other than my fellow reporters. And I soon learned to avoid their social gatherings, which consisted of getting together on the occasional weekend and drinking a lot of beer. Not my scene.

So I discovered the local D&D group (Dungeons & Dragons). Most of them were still in college, and their idea of fun was playing D&D on summer evenings. Sometimes we’d play at my dumpy apartment in my sketchy neighborhood around my kitchen table which was the nicest piece of furniture in the place.

One such night I suggested a movie to break up the routine. My apartment was a few-block walk to an old, rundown movie theater … single screen, cheap tickets, good sound system. Altered States was playing at the early showing. It was creepy, but interesting, and after the movie we all walked back to my apartment to play a little D&D.

Bruce was one of the movie-goers, as was Bill Winn, Greg Stille, and a few more … I think Tom Landwehr and Greg Schwartz might have been in the mix. Hey … that was miles and decades ago, so forgive my memory. Anyway, it was getting dark, and about a block from my place was this small house that had been converted into an insurance office. Lights were on, and someone was working late. Some of my companions decided to act out the movie, dancing in front of the office window with hunched backs, upraised and outstretched arms, gnarled fingers, and grunting. I stayed on the sidewalk and kept going, unsuccessfully ignoring them. They kept it up, meaning no harm but being thoroughly moronic and immature. Several minutes later there were sirens and flashing lights–as the person in the office had called the cops. Ya know, if I’d been her, I would’ve called the cops, too.

My friends took off running. I continued to walk calmly home, glancing behind me to see two police cars pulled in front of the insurance place, officers going to the front door. When I got back to my apartment, my friends were hiding in the shadows next to the building.

We proceeded to kill some orcs in the D&D game, then I chased them out and spent the rest of the evening with my dog, Purple … who was very fond of my D&D friends because they always spilled snacks when they were at the gaming table. And she kept my floor clean.

THEN THERE WERE THE PIZZA INCIDENTS

Sometimes we’d go out for pizza before a D&D game. Bill Winn and Greg Stille would carefully scout out the restaurant’s dining room and pick a table next to patrons who looked like they were ready to leave … and who also had not completely finished their meals. Sometimes I was sooooooooo embarrassed to go out for pizza with these guys.

Before the busboy could arrive to clean up the other table, Bill and Greg would swipe the leftover pizza, bring it to our table, and devour it. On one hand I suppose it made sense … why toss out good pizza. On the other hand … urgh. They did this ALL THE TIME, well, every time we went out for pizza. Once, Bill grabbed up someone’s leftover plate of spaghetti and wolfed it down.

They were my friends, after all, and a part of me found their behavior endearing.

IT WASN’T ALL D&D

Our world wasn’t all Dungeons & Dragons. Sometimes we’d go for hikes. Greg and I took his big dog Goliath on a hike one Saturday afternoon and went back to his mom’s house for homemade chili. Goliath was known for finding interesting things … like decomposing sections of livestock he’d pick up and refuse to abandon.

We occasionally went bowling … until one night I picked out a ball that didn’t fit properly. When I drew my arm back to lob it, the ball kept going behind me, nearly hit a couple of people, and landing against a couch. I didn’t want to show myself there again.

And fishing. There was a nice lake about an hour’s drive from Quincy, where you could rent boats. I’d catch trout and have to throw them back because I hadn’t bought a trout stamp. I was into catch and release no matter what I pulled in…this because I did not want to mess with cleaning them.

Once in a while several of us–usually Greg Stille, Greg Schwartz, Bruce Rabe, and me–would pile into a car and make a pilgrimage to a comic book shop in Missouri, singing along to vintage rock music on the way, and eating cheap at McDonald’s on the return trip because we’d spent our money on comics.

Greg Stille died last week, and so I think about bowling and road trips and Altered States and D&D. Life is so fragile and temporary. But the memories stay.

I can still see them cavorting around that insurance office, gleefully terrorizing the woman working late.

Softly, I hear the sirens. 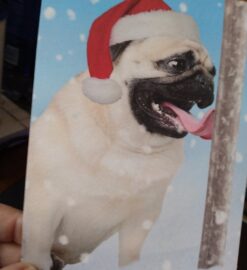