It Blows Up Real Good

I’ve read all of Donald J. Bingle’s novels, and a great many of his short stories. He keeps getting better … and the explosions and threats get bigger.

Wet Work grabbed me from the first page. Contemporary, and exciting. And Dick Thornby intrigues me. I know a lot about Don, we’ve been friends for a couple of decades. But Dick? I’d like to get to know him a little better. So he obliged me and agreed to a Q&A.

You’re an Everyman, the good neighbor, the father, the husband with a sometimes-rocky marriage … the international spy. I’ve read about your exploits in Net Impact and Wet Work, and so I’ve some questions for you.

Of all the careers you could have chosen, why the spy-biz? What about it lured you? And what about it has caused you to stay with it rather than pursue a normal 9-5 that would give you more family time?

There are 9 to 5 jobs? Not that I can tell. Teachers bring tests home to grade, workers are on call around the clock, real estate brokers always have to answer the phone, everyone from salesmen to executives is constantly responding to  texts and emails. Let’s face it. All jobs suck, so you might as well do something you’re good at that makes a difference in the world. None of my jobs have been 9 to 5. Army, Chicago Police Department, Catalyst Crisis Consultant (spy for the Subsidiary). This last job is better than the first couple–more freedom to do what needs to be done and less politics.

Bombs. Pyrotechnics. You seem to be an expert, or at least a fan. What’s the appeal? What are your go-to explosive devices and why? What’s the biggest thing you’ve blown up? And what movie would you recommend that “blows up real good?”

Are you trying to get me in trouble with my boss, Dee Tamany? She was pissed off about my use of explosives before my last couple of missions, so asking me questions about favorite explosives like I’m some kind of pyromaniacal firebug doesn’t do my career prospects any favors. Let’s just say it’s always good to have a few flares in the truck–good warning devices if you break down and they burn hot enough you can light anything that needs lighting in a hurry, even during a storm. Don’t watch many movies, but Mad Max: Fury Road was nifty on the big screen. That gal can drive and shoot.

The Subsidiary. Tell us a secret about it. Something not revealed in either of your novels.

Not sure I really feel comfortable about this question. Talking about your employer is not something spies do. But Pyotr Nerevsky said to cooperate with this interview and he can be … irksome … when crossed, so here goes. The word is that, sure, the various countries behind the Subsidiary kick in funds to help finance it, but not the kind of money that lets it have the operational freedom and scope it does. There’s an individual behind it with more money than anybody should have. I’m not going to name names, not without some bamboo shoots under my fingernails, but you’d know the name and you’d agree he has money to burn. Glad to see he’s burning it for a good cause.

Globe-hopping—you do it a lot. Of all the places you’ve been, do you have a favorite? And why?

Home sweet home. Traveling is a drag, especially undercover. The better part of being a spy is waiting around for something to happen. If you’ve seen one seedy warehouse district in one third-world country, you’ve seen ’em all.

Given the current political climate … regarding the world, the White House, and the intelligence community … how has the spy-game changed?

The Subsidiary was created to keep politics and national rivalries from hindering the missions that need to occur for the good of mankind. When I start a mission, I do what needs to be done and I don’t stop until I accomplish my mission no matter what.

Where are you going next? I heard that your next appearance will be in a novel called Flash Drive. Give us a hint where you’re going and what your adventure might entail … nothing to spoil the story, just something to pique our curiosity.

You know that Australia has almost nothing in the center of the continent–everybody and everything is clustered around the coast. Well, a lot … a lot … can happen in the middle of a great big bunch of nothing. Stuff that would scare you to death, if the critters out back don’t get you first. Some danger is even stranger than the bizarre stuff you can find on the internet.

Thanks for chatting, Mr. Thornby. I wish you well in your future incendiary adventures. 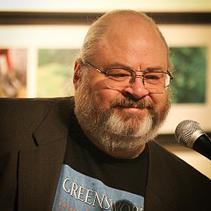 HERE is the link to Wet Work.

HERE is the link to Net Impact, the first Dick Thornby tale.

HERE is the link to Donald J. Bingle’s Amazon page.