Nano Nano to You

Yesterday a friend asked me why I participate in Nanowrimo.

I have thirty-eight published novels, and I stopped counting the short stories when I hit one hundred.

Because I want to have thirty-nine published novels.

Admittedly Nanowrimo won’t net me that published credit, but it gives me a push in the fall when I need it. The year winding down, writer fatigue ratcheting up, Nano arrives at a good time. I know a lot of published authors who participate in Nanowrimo. Sure, it might have started as a challenge to newbies… and I think it is awesome for new writers… but it is a relevant exercise for all authors at all levels.

The challenge is fun.

It instills a deadline.

There’s a support group. And there are marvelous advice columns that accompany it in your email in-box.

I’ve challenged a lot of friends through the year to join me. Some of them take me up on it. Others say they don’t have time; too much going on; etc.; etc.; etc.

This year it would be easy for me not to participate. My editing schedule is choked. I have family obligations. Honestly, I don’t know if I can hit even close to the 50,000 word mark.

But I’m gonna give it a helluva try.

I’m outlining the third Piper Blackwell novel. I’ve seven chapters sketched…out of likely forty. I’m following the Nano rules. Outline ahead of time. Start writing November 1. I won’t have the whole book outlined by then, but I hope to have a dozen chapters sketched.

Yeah, I’m gonna give it a helluva try. 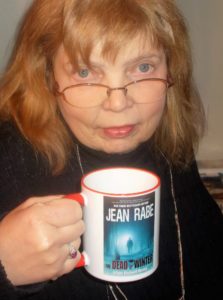 You can consider my two cents wheat pennies…it feels like I’ve been in the writing business that long.

I spent about twenty years giving writing seminars and programs in the summer…at conventions, schools, museums, on-line. Summer and into the fall seems a good time for writing classes.

My advice has changed since I started that. “Back in the day” there wasn’t the e-revolution, and your route to getting a novel in the bookstores was traditional publishers or self-publishing. The e-explosion changed that. More than a million books are published every year now, and a new writer has to compete with that.

On the proverbial one hand it is easier to get published. There are a lot of small press publishers, and there’s the do-it-yourself avenue. Sure, there are still the traditional big New York publishers, but they are far far far from your only option.

The whole publishing dynamic is different. Today, you can’t be “just a writer.” Remember…one million books a year. You have to be a social media guru, a marketer. You have to promote or your book will go nowhere. I recently read an article that said the average book sells 250 copies or less. If you don’t want to have an average book, you have to spend time putting you and your books out there.

I had an e-conversation with my current publisher the other night. She pointed out that for the past two years book sales have been down down down, that some small publishers are closing. They were also talking about this issue at a recent mystery writers’ convention I attended.

Maybe individual book sales are declining because the number of books published are increasing. Some think sales are dropping because people are reading less and spending more time with computer games of various stripes. Many people I know admit to reading less.

Not a good sign for either newcomers or veteran authors.

So…back to my two cents.

My advice is to write every day. Every. Day. It makes you better. You can’t finish a novel if you only write when you feel like it. Join a writer’s group…because often that improves your craft. Network with other writers and editors; they’ll point you to which publishers and agents are looking. Don’t quit your day job. Unless you become a sensation and get an amazing advance, writing isn’t terribly lucrative. Don’t rely on it as your only income.

I’m a full-time writer. But I supplement it with editing novels on the side, and mentoring college students. Writing alone won’t cut it. Plus, my husband works full-time and has insurance.

So…write every day and don’t give up. Don’t let rejection notices get to you. Don’t let “one million books published a year” get to you.

I saw a posting on Facebook, a youngish writer who announced to the world that he was giving up, throwing in the towel. So many people were commenting under his post that he should stick with it, persevere, soldier on. I nearly typed: good luck on your next endeavor. But I stopped myself and scrolled on. His voice is one less writer to compete with in the slush pile.

One cent: write every day.
Another cent: don’t give up.
…not if you really want to be a writer.

Hey, it is Nanowrimo time. Give it a shot.