Who doesn’t love a good tale about … 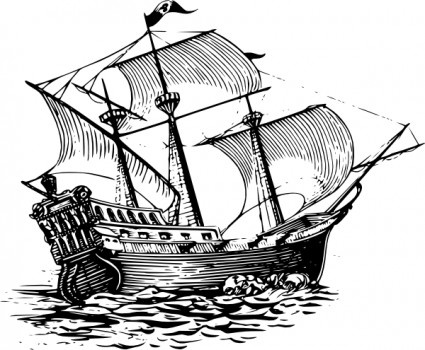 Kestrel, the King’s Privateer, is preparing to wait out the annual storm season when she receives an unexpected royal order to capture and deliver a rare creature for the king’s menagerie. Before she can weigh anchor, news reaches Kestrel of a long-ago friend in desperate need of help—in the opposite direction of her assigned voyage. In addition, her ship may be haunted by something big, loud, and terrifying.

Before Kestrel can plot a course, she crosses paths with an enigmatic dancer who offers an enticing bargain: sail her home to the Continent, an ocean away, and she’ll reveal the mysteries of magic Kestrel has longed all her life to know.

The temptation of answers endangers her crew and might ruin her privateer status. Worse, taking on this passenger could thrust her into the clutches of the ever-watchful Danisoban mages who lie in wait for her to make the perfect mistake.

Every decision is fraught with danger. Each wrong turn may mean her death or the death of her crew. And Captain Kestrel can walk away from none of them.

Kestrel, the pirate who can whistle up the wind, returns in book two of the Mad Kestrel Series. Captain Kes will defy the king, gamble with her friends’ lives, and run the risk of capture by evil mages to get her hands on the magical knowledge so long denied to her.

​
Love the Mad Kestrel series and want to stay up to date on Misty Massey’s next release? Follow Misty on Amazon here: author.to/MistyMassey or check out her website: https://www.mistymassey.com/

Review from Booklist for The Mad Kestrel Series:
Massey debuts with a colorful romp through strange lands and stranger seas. In a world in which magic is a monopoly of the Danisobans, and all children showing signs of power are taken from their parents and raised by that order, young Kestrel had hidden her talent and eventually escaped to sea, where magic is cancelled by water. Now risen to the post of quartermaster of a pirate ship, she loves her life. But to keep it, she must never let anyone know that she can magically control the wind. When her captain is entrapped and arrested, the young quartermaster must gather and command the crew for a rescue. That takes all the strength and wit Kestrel can command—and guarded use of her magic. This Errol Flynn–ish swashbuckler features loads of action and larger-than-life characters, plausibly grounded in the realities of life at sea. A real page-turner, and a successor is in the works.

ABOUT THE AUTHOR:
Misty Massey is the author of Mad Kestrel, a rollicking adventure of magic on the high seas, Kestrel’s Voyages, a collection of short stories featuring those rambunctious pirates, and the upcoming Kestrel’s Dance. She is a co-editor of The Weird Wild West and Lawless Lands: Tales of the Weird Frontier, and was a founding member of Magical Words. Her short fiction has appeared in many anthologies and she’s working on a series of Shadow Council novellas for Falstaff Press featuring the famous gunslinger Doc Holliday. When she’s not writing, Misty studies and performs Middle Eastern dance and will, on occasion, surprise everyone with a batch of home-baked snickerdoodles. She’s a sucker for good sushi, African coffee, SC Gamecock football, and the darkest rum she can find. You can keep up with what Misty’s doing at mistymassey.com, Facebook and Twitter.​

“You are the Mad Kestrel.” She smiled, an enigmatic expression that made Kestrel uncomfortable, though for reasons she couldn’t quite name. “He said you might come looking. He described you accurately, although he did not tell me you were the rais.”

McAvery’d described her. Well enough that the woman knew her. And he’d used that damnable nickname he’d tried to give her on the docks. Smart of him. Details like those could have come from no one else. She forced away the thought that made her want to know what he’d said, how he’d spoken of her. What other things he and this woman might have talked of together.

“The man who paid for his capture disembarked with him, and the others, at the market. Philip goes on the block later today. Once he is sold, it will be much harder to locate him.” The woman tilted her head. “What battle caused you such wounds?” she asked, peering curiously at Kestrel’s magic-blackened eyes.

Kestrel flinched away. “Who’s this man? Where’s the market?”

“I am told it is never held in the same place twice. If the authorities cannot find it, they cannot shut it down.” She shrugged. “The man I do not know. He never said a name.”

Kestrel couldn’t help a suspicious little thought that perhaps the authorities weren’t looking very diligently. The king could make all the proclamations against slavery he wanted, and still turn a blind eye if it suited him. Or perhaps he truly didn’t know, and this was going on under his nose. Philip McAvery was the king’s Knave, the left hand that accomplished what the right hand couldn’t admit. His Majesty would be annoyed to discover his own man had been caught in that very trap. Whether or not he’d take pains to punish the slavers responsible was anyone’s guess. “I take it you know where the market’s being held today.”

“I’ll also venture a guess that you’ll tell me the location, even lead me there, once you’re safely aboard my ship and away from these men.”

She smiled again. “Philip said you were clever. I am pleased to see he was correct in that, too.”
Kestrel looked around for Shadd. “Quarter!” she called. “Please assist this lady in boarding with us, and make us ready.” Taking the woman’s elbow, she led the dancer to the railing. “A question, then. Whose wrath am I incurring by taking you with me?”

“I do not understand.”

Kestrel smiled. “Yonder fellow. All he really cares for is payment. I think you were intended for a specific buyer, or else you’d still be on that island. Which means that someone has already paid at least a portion of the asking price for you, if not all. So who might that be?”

“I cannot say. The rais told the men to stay away from me, not to speak. He believed I might enchant them.”

She brushed a lock of hair behind her ear and smiled. “Do not most men fall victim to the enchantments of women?”

Kestrel realized she’d been holding a breath, waiting for the woman to speak. Silly of her. This woman was a dancer; her livelihood depended on being attractive to her audience. Most likely, the contract required the woman to arrive unsullied, and using the threat of magic to scare his men off was quicker than the threat of the lash. Still, this left the question of whose coin was in jeopardy if the woman did not arrive at her destination. Kestrel ran the risk of someone else joining the chase for her.

David DeadEye waited on the rail, one hand gripping a rope, and a huge smile on his face. “Her trunk and bag are already aboard, Captain,” he called, as if he’d guessed Kestrel’s decision before she even knew herself. He’d earn free drinks in the pub with this story, and he knew it.

Kestrel offered her hand to the woman and helped her step onto the rail beside the pirate. “Take hold of David here, and he’ll swing you across. But hold on tight — we can’t be fishing you out of the sea if you fall.”

The woman stepped close to David and twined her arms sinuously around his neck. “Shall I also curl my leg around your waist, to be certain?”

David seemed to choke on his own breath, and even Kestrel couldn’t help a laugh. “As you see fit, lady. Just be sure I still have my man in able condition when you reach the other side.”

“I am no lady, but a free woman who hopes to be free once more,” she said, lifting her knee to the level of David’s midsection. Her skirt fell back, revealing a smooth, brown leg, which she curled tightly around his body. She wrapped her arms around his neck. “My name is Nasrin.”

Death and a Roller Derby … Excellent!